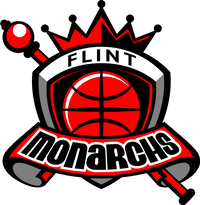 The GLO can wrap up the GWBA regular season title during their inaugural campaign with a win over the Monarchs in either of the last two games. Wisconsin concludes the regular season at Flint on Saturday, July 27 before returning home to host all games of the GWBA playoffs August 10-11.

Last meetings: The GLO defeated the Monarchs by scores of 88-58 May 10 and 79-60 May 11. The first two games in GLO history, which did not count toward the GWBA standings, were both played in Menominee Nation Arena in Oshkosh, Wisconsin.

Wisconsin won its franchise debut in impressive fashion, holding Flint to just 27 points in the second half and concluding the contest with 24 assists on 33 made field goals. The Monarchs shot 25.7 percent from the floor and trailed by double digits for the last 29 minutes of the game. Gabbi Ortiz paced a balanced GLO offense with 18 points and six assists while Steph Kostowicz added 13 points and 12 rebounds. Wisconsin also received 12 points from Allie LeClaire, 11 from Sam Logic and 10 from Mehryn Kraker. Flint’s Arlesia Morse had a game-high 21 points and 11 rebounds.

The GLO faced a sterner test in the rematch the following night as Flint owned a three-point lead entering the final quarter until Wisconsin reclaimed the lead for good with a 10-0 run to open the fourth period and outscored the Monarchs, 30-8, over the last 10 minutes. Wisconsin pulled away for the victory by shooting 7-for-10 from 3-point range in the fourth quarter. The GLO’s Gabbi Ortiz, who went 6 of 9 from beyond the arc, led all players with 22 points while Allie LeClaire contributed 20 points and a team-high 11 rebounds. Arlesia Morse led the Monarchs with 15 points.

Wisconsin combined to shoot 44.9 percent from the field during its two preseason wins over Flint. The Monarchs, who mustered a meager .293 field goal percentage and went 9-for-55 beyond the arc in their two matchups against the GLO, narrowly outrebounded Wisconsin in both meetings and matched the GLO’s total of 22 steals and 40 turnovers. Flint also grabbed 32 offensive rebounds in its prior two games with Wisconsin.

June 30 GLO highlights: Wisconsin remained undefeated with an 88-74 win at the St. Louis Surge. The 14-point margin was the narrowest victory of the season for the GLO, who scored 18 unanswered points early in the first quarter and beat the Surge for the third time this year. The June 30 meeting between the teams did not count in the GWBA standings. The GLO had also downed the Surge in GWBA contests by scores of 92-66 in Oshkosh on May 18 and 107-70 in St. Louis on June 15.

Mehryn Kraker’s 17 points led Wisconsin in the June 30 matchup. Jolene Anderson recorded her second double-double of the year with 13 points and 11 rebounds for the GLO, who also got 15 points from Taylor Wurtz, 14 from Sam Logic and 12 from Allie LeClaire.

Kristi Bellock and Rebecca Harris both had 17 points to lead St. Louis. Kelsey McClure chipped in 16 points off the Surge bench.

GLO-rious start: No team has come close to defeating Wisconsin during its dominant 10-0 start to the franchise’s first season. Just two GLO opponents have lost by fewer than 20 points (14-point margin June 30, 19-point difference May 11) over the first 10 games as Wisconsin is winning by an average of 44.3 points on the year. The GLO have won games by margins of 72, 71, 68 and 63 points this season. Wisconsin has faced one fourth-quarter deficit but went on to win that game by 19 points over the Flint Monarchs.

GLO can score: Wisconsin had its string of 100+ point games snapped at four during an 88-74 win at St. Louis on June 30. The GLO are averaging 99.5 points per game on the year, including back-to-back 107-point efforts June 15-16 and a franchise record 128-point performance June 22 before producing their fourth straight 100+ scoring effort with 121 points June 23.

The GLO’s rotating roster of stars has featured 16 players who have appeared in at least three games. Fifteen of those 16 players have recorded at least nine points in game this season. Mehryn Kraker (thrice), Gabbi Ortiz (thrice), Taylor Wurtz (twice), Jolene Anderson (once) and Allie LeClaire (once) have all been the GLO’s leading scorer this year.

Sharing the scoring spotlight has been a season-long theme for the GLO. Wisconsin has produced seven double-digit scorers on one occasion this year, six in double figures twice and five double-digit scorers three times. Despite compiling consistently high team scoring totals throughout the season, Anderson’s relatively modest 25-point performance June 15 is the franchise’s current game record.

GLO can defend: Only the St. Louis Surge have managed to tally more than 60 points in a game against Wisconsin this season. The stingy GLO defense has not allowed an opponent to shoot better than 36.8 percent from the field and has held five teams under 30 percent.

Nine members of the GLO have registered at least the steals in a game this year. Sam Logic, who paces Wisconsin with 17 steals, has compiled four three-steal performances in seven games played on the year while Mehryn Kraker and Julie Wojta share the team game record with five steals.

The Monarchs have won each of the past three GWBA playoff championships. Flint claimed its previous three league title games by scores of 99-52 over the Akron Innovators in 2016, 83-68 over the Milwaukee Aces in 2017 and 96-85 over the Chicago Breeze last season. The Monarchs also won the 2014 and 2015 championships in their former league – the Women’s American Basketball Association.

In league play this year, Sparkle Taylor and Arlesia Morse lead Flint at 24 and 21 points per game, respectively. Crystal Bradford scored 15 points in her lone league appearance on the year while Brandie Baker is scoring 14.5 points per contest, Nya Jordan is adding 13.7 and Shareta Brown tallied 10 points in one GWBA game played this season.

Morse, the 2016 GWBA Finals Most Valuable Player, has returned to the floor after suffering an injury at the Mediterranean Cup of Champions last month. An All-Big East performer at Marquette, Morse ranks 10th in Golden Eagles history with 1,577 points and lists among the program’s top 10 in made 3-pointers and free throws as well as free throw and 3-point percentages. Morse’s .925 free throw percentage in 2015, which includes a 17-for-17 effort against Georgetown, remains the Marquette season record.

Bradford, the 2017 and 2018 GWBA Finals MVP, and Baker both starred at Central Michigan before getting the WNBA’s attention. Bradford was chosen seventh overall by the Los Angeles Sparks in 2015. Baker was invited to training camp by the Connecticut Sun in 2016.

Bradford, a four-time All-MAC selection, was the conference’s Player of the Year and Defensive Player of the Year in 2014 and ranks second in Central Michigan history with 2,006 points, 1,140 rebounds and 171 blocks while holding the school career record with 805 made field goals. Baker, the 2009 MAC Freshman of the Year, capped her collegiate career with 1,281 points.

Taylor poured in 1,352 points and was named All-CUSA during her career at UTEP, while Brown was the 2015 NCAA Division II Player of the Year at Wayne State and Jordan picked up an All-Big Ten award at Michigan.