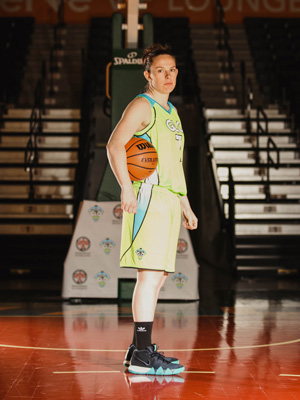 I am so excited to have the opportunity to play back in Wisconsin, mostly to do so in front of my family and friends who have supported me even when basketball has taken me elsewhere! I am also really looking forward to put something special together for women's basketball in our state.

Sam Logic was an All-American at the University of Iowa. Sam was also the 10th pick in the first round of the 2015 WNBA Draft after nearly averaging a triple-double during her senior season for the Hawkeyes!

“Sam is one of the most decorated players we’ve had here in Wisconsin and her career to this point speaks for itself. On the basketball court she brings so much versatility in her game and does so many things to help her team win. It is so exciting to get her back in uniform in Wisconsin.”
– Brad Fischer, GLO General Manager